In recognition of the tremendous value of the Columbia and Snake River System, CPI is continuing to partner with regional efforts to educate those in the Pacific Northwest about the multiple benefits the rivers and dams provide to the region. CPI is joining other utilities and users of the region’s rivers on the Northwest River Partners and BPA HYDROPOWER FLOWS HERE campaigns. Each organization consists of river users with members in Idaho, Montana, Oregon and Washington.

To view a video on the benefits of the hydro system that benefits our region, check out the video below. 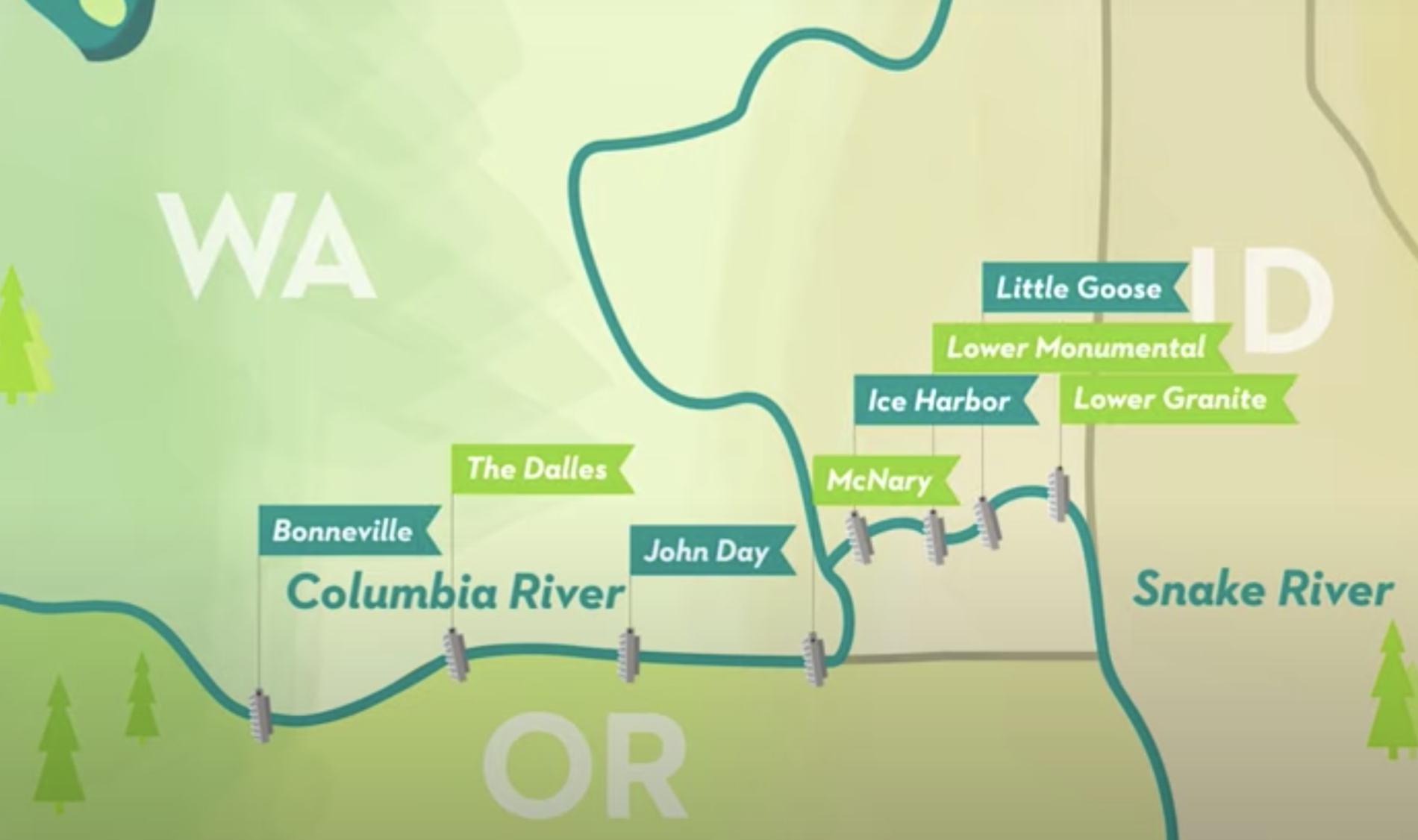 Examples of facts and benefits from the campaign:

Commerce: Over 50 million tons of commercial cargo, valued at over $20 billion, is moved down the Columbia and Snake Rivers annually. The Northwest is the nation’s number one exporter of wheat, barley and paper products. The Northwest river system provides over 100,000 jobs to the region.

Clean air: Barges on Northwest rivers keep 700,000 trucks off the highways each year. Because hydropower produces no carbon emissions, the Northwest’s carbon footprint is half that of other parts of the country.
Renewable: Hydropower provides nearly 90 percent of the Northwest’s renewable energy.

Energy: Northwest dams provide nearly 60 percent of the region’s electricity. It would take two nuclear, three coal-fired, or six gas-fired power plants to replace the average annual power produced by the four lower Snake River dams.
Flexible and reliable: Because the rivers are always flowing in the Northwest, hydropower is also used as a tool to back up intermittent generators such as wind or solar. Hydro generation can be quickly adjusted to follow changes in wind production and keep the transmission system reliable.

Flood control: Prior to the federal dams on the Columbia and Willamette rivers, Portland and other cities were subject to severe flooding. Controlling flood waters became a high priority in 1948 when Vanport, Oregon, was destroyed in a late spring deluge. A 1964 treaty with Canada led to the development of millions of acre-feet of water storage for flood control and power generation. Estimates show that flood control operations in February 1996 saved $3.2 billion to the Portland metropolitan area in what otherwise would have been devastating flood damage.